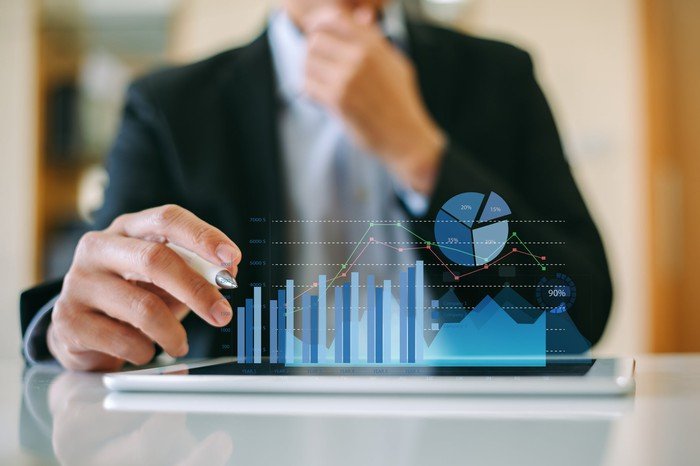 Today we saw the markets dealing with some shorter term time frame issues. Yesterday and this morning I pointed out that the intraday charts were getting oversold. We did see some follow thru on the djx and spx for part of today, but this afternoon those oversold conditions lead to the start of an intraday relief bounce.

For the ndx we will start back on the 13th of Aug (#1 on the chart). The price was at the lows, but we have the daily chart candle turning green, which is showing some strength in the price. This follows that green up arrow, a warning that the price is trying to move up. On the following Monday the price did turn up, which turned the trend ribbon that is below the price to green. We had a green candle and green trend, this is showing strength and momentum, and that the price is starting an upwards move. This is a key point. On this daily chart it is showing the price is NOT moving down. That means for a trade based on the daily chart time frame you would NOT want to be “short”, you would not choose a position that is short stock, nor would you be buying puts. With the price starting to move up, you would consider buying stock or buying calls. As to selling put spreads to take advantage of the price NOT going down, you would need to take the weekly chart into consideration. At this stage, I want to keep things simple, so we are not going to look at the multiple time frames, just bear in mind, both the shorter intraday and longer weekly time frames do have an impact on the daily chart.

The #1 did signal the start of an upwards move, and that move continued to near the end of Aug. when it started to show overbought pressure, and the candles started turning yellow and blue. #2. At this time, the price was weakening, and we see that the trend lost the solid green color, this signified that the upwards move was ending, and that it was time to either take profits on the “long” position, or at least use a very tight trailing stop. The box that stretches from #2 to #3 is showing a sideways move, where the price is not showing strength, and the weakness was not enough to get a downwards move started.

At #3 the price turned up again. The candle turned green to show strength, and the trend also turned green to show an uptrend. This was a very short move as the next day it became overbought (the dot above the price) This was a warning that this move was one to be very cautious with, and it did not take long for the price to falter and lose the upwards potential #4. From #4 to #5 we have another sideways move. One thing that is interesting about that sideways move, is that the last 2 days of it the candles turned blue and the trend was turning green, showing a weak upwards potential. The price was trying to set new highs too. This created a situation where the strength was not the best, and this was coming very soon after being overbought, so there was still the risk that a double top was trying to form. Had the price broke out, it would have been showing a high risk proposition for a “long” position where the risk of the price being able to sustain the move would be very questionable. The strongest moves come when you have both the trend and strength (green color) on the candle and trend ribbon.

And this brings us to #5, the drop in the price yesterday that turned the candle and trend red, showing a strong downwards potential. This is showing the price is NOT moving up, so we certainly do not want to be buying stock nor do we want to be buying calls. As to selling calls to take advantage of the price not moving up, that would require knowing the perspective that is shown on the longer term charts. With the price showing downwards potential, and the trend ribbon showing a downtrend we have expectations that the price is likely to move lower, showing a “short” position (short stock or buy puts) would be the position that would show the best prospects. Should the price move above the 1415 to 1420 area, then we could be seeing another sideways move develop, we would need to re-evaluate the chart at that time. And should the price move above 1435 to 1440 area, then we could be seeing an upwards move developing. We look at those 2 possibilities to identify levels that tell us the expectations that are currently showing on this daily chart are not happening. (Can you say “stop”).

On the djx we have the upwards move that started at #1 as the price candle turned green along with the trend ribbon. At the end of this move, the trend was still green, but the price turned blue, showing it was losing strength, this was a warning that the move was stalling. The candles turned yellow and the trend turned black to show it was neutral.

At #3 the price did shoot up to a new high, but the trend was still neutral and the candle was just blue, not green. This was not a move that was showing good potential for an upwards move. Yes there was a breakout above 102, but it was one that was showing a “long” position would be a higher risk position. I want to spend a minute here talking about the prospects of a move and entering a position. The whole idea of trading is to make a profit. The best way to do this is to enter a position that is showing good prospects of taking advantage of what the charts are showing you. This means there will be some moves that do take place that are not showing strong prospects. You have a choice to make on these high risk situations. You can take an aggressive position, one that you accept ahead of time the higher risks and the probability that the trade will not work out. There will be times it will work out, but with a high risk entry, there are going to be many times that it won’t. So you have to use a very tight stop, one that tries to keep the loss to a bare minimum. And when you take the aggressive position, you have to be prepared to place far more trades, and accept a lower win/loss ratio.

That breakout above 102 quickly became overbought and at #4 the candles turned yellow, giving us a strong indication the upwards move was coming to an end. Once again, as to selling a call spread, the weekly chart perspective would need to be considered.

At #5 the candles turned red, showing a downwards potential, and we also saw the trend turn red. This was showing a downwards move was trying to begin. The price stalled, and the trend went back to neutral, though the candle remained red. This continued to show the prospects that a top was forming, and the possibility of a sideways move, but still with potential to move down. And that is what happened at #6, the trend turned back to red as the price started moving down again.

Which leads us to where we are now, #7. The price candle and trend are still red. But we are starting to see some oversold pressure (dot below the price). This is giving us a warning that this move is getting extended, and that the possibility of a bounce or sideways move is increasing. So for a “short” position to take advantage of the downwards move, we would want to tighten the stop and be prepared to lock in or take profits if the price quits moving lower. There is still downwards potential, so we don’t want to jump too soon, the oversold warning is just that, a warning to pay attention and be ready.

In the middle of Aug. the spx also started an upwards move that became overbought and lost the strength in the price before the end of the month. The action that took place in the white box is a perfect example of what I spoke about concerning a high risk position. Even though the candles did not run red, and the trend was alternating between up and neutral, the price did move up from 1108 to 1130. But at the end of that box, the price did move sideways between 1120 and 1130, adding to the warnings that the upwards move was struggling and threatening to end. Yesterday the price fell below that 1120 support as the candle and trend turned red and we did get some follow thru to the downwards move today.

This is the daily update, that uses the daily chart of the indexes. The daily chart is a good tool for shorter term trades, ones that generally last for a few days, and for the occasional strong move up to a few weeks. For longer term positions the weekly and monthly charts need to be examined to get a better perspective of whether a daily chart move is just a reaction to, or part of a longer term move. It is when you combine the time frames together that you can develop a more accurate perspective.

The purpose of the articles on the position characteristics is to help show that there is a time and place for each type of position. There are times when the price will move up. When it is you don’t want to be “short”, and if you have sold a call spread, you have the risk of the price rising up thru the strike sold. When the price is moving sideways, you want to examine the longer term charts to see if they are also showing potential for the price to stall, and if so, then selling call or put spreads show the best potential. And when the price is moving down, you do not want to be “long”, and the risk of selling a put spread is that the price could move below the strike sold.