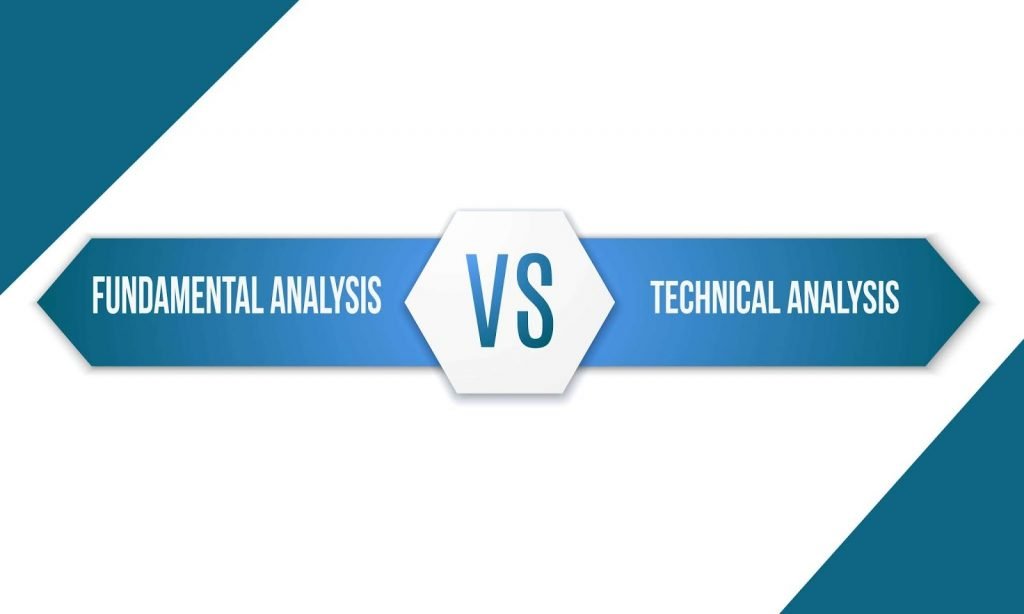 A brief discussion on Fundamental vs Technical Analysis

We know that from where the price is at right now it can go up, down, or sideways. You could roll a dice, or flip a coin, but that does not give you much confidence in how a determination is made as to what the price will do. There are 2 main types of analysis that is used in helping to make this determination, FUNDAMENTAL ANALYSIS and TECHNICAL ANALYSIS.

Fundamental Analysis is where you look at the “nuts and bolts” of a company, along with general economic conditions. This involves studying the financial reports of the company, examining what they do to make money, and what their prospects are for future earnings. And also using this information to place a value on what the stock is worth. An example of some economic fundamental analysis would be the consumer confidence report, inventory levels, interest rate, price of oil and gold, and the jobs reports. These are but a few of the different factors that can point to the health or underlying weakness that can effect the overall economy.

The problem with Fundamental Analysis is that it does not account for “crowd mentality” of fear and greed, and is subject to “surprises”. A good example of this is each earnings season you will see the professional analysis publish their expectations for what a companies earnings will be. And it is not very uncommon for the company to “surprise” the analysis, sometimes it is a good surprise with higher than expected earnings, and sometimes it is a bad surprise as the company does not live up to the analyst expectations. Unless you are an insider, it is very hard to get a completely accurate grasp on all of the fundamental information for a company. And when you are dealing with the overall economy, there are times when the markets do not respond as the “should” to economy news. There are times when good news will cause selling, and times when bad news will be bought.

In Dec. 2019 there was a particular company that had a drug going thru FDA trials. This stock and some people associated with it are still making headlines. At that time the price of this stock was above $70 as people were expecting for the drug to be approved and for the price of the stock to climb even higher on the good news. On Dec. 12th I looked at the charts of ImClone and pointed out that a move below the 70 area would signify that the price was starting a downwards move.

This observation was made based on using Technical Analysis, from viewing the charts on the stock. It was after the price fell to the $60 area where a well know celebrity sold based on “insider information”. This was well after the charts had already shown a decline was starting. This is but just one example of how Technical Analysis told a story and allowed for a plan of action to be developed before a move actually began. And is one of the reasons I am a believer in using Technical Analysis to develop a trading plan, one that has expectations of what is “most likely” to happen, along with contingencies for the “just in case” situations.

Here is a brief summary of the stocks that have been highlighted on TimeFrameInvestor between July 13th to the 29th. where I used Technical Analysis to develop the following expectations.

July 13th. KLAC “a move below 44.50 and 44 would show that the price is breaking down from this range, which would increase the prospects of continuing the very long term downwards move, which is still showing the downwards potential.”
KLAC gapped down the next day and then continued the move down to below 38 before it bounced back up just to be stopped by the daily 20ema and the open from that gap down..

July 14th SNDK “The long term and medium term time frames are giving us a pretty strong hint that the support of 20 is holding, and that a bounce is likely to develop. And with that bottom retracement line on the very long term chart, this is an encouraging indication that we have a key support level here….There is history at 22.50 and 25 that can act as resistance, so these levels will have to be watched closely”

On SNDK we did have a strong indication that support was holding. In the analysis 2 resistance levels was mentioned, it gap up above that first resistance, and has been stopped by the second.

July 19th SYMC “While the price remains below 40.50 it is showing the prospects for a daily chart breakdown of the support at 40, which would continue the longer term downwards move that we have on the weekly and monthly chart. The price would need to move above 42 to show a double bottom has formed, and then above the resistance at the 43-44 area to show a bounce would be turning into a longer term one. But until it could break back above 45, we would have the prospects that the price would be forming a weekly chart lower high or sideways move, and set up for another downwards move.”
On this stock it did not live up to the breakdown expectations. BUT, the report did list 42 as a level that tells a story, one that is a bullish story. This is what the price did wind up doing, moved above 42, and then shot up to the 43/44 resistance level, and then another move to take it above 45. The move above 42 canceled the bearish expectations and turned it bullish.

July 21st CTSH “24 is very key on these time frames. It is showing a high potential to break thru this level and show a downwards move is underway. To cancel this perspective the price would need to move up thru the 24.60 area and that would turn this perspective around to one of strength instead of weakness.”
This stock did move down to 23, but then gapped up to open above the 24.60 level. On the initial downwards move, a directional position for the downwards move, and even selling a 25 strike call spread would have turned into a loss when it gapped up and then made the bullish run up.

July 23rd APOL “The daily chart is giving us a sell the bounce signal, and also shows a lower high, this is the strongest indication that a downwards move is beginning, with the prospects of taking the price down to the previous lows.”
Not only did the price move down to the previous lows around 84 from 90, it then gapped down to hit the low 70’s.

July 23rd DISH “This is a warning that the downwards move could be stalling, and that we might even see a shorter term bounce….We do need to see the price move above this 29-29.25 area to confirm upwards potential and show a bounce is starting.”
The price did not move above 29, it slid back to 27.50 and formed a higher low, and has moved back to test 29 once again.

July 27th EBAY “This daily chart did become oversold, and this is for the prospects of a relief bounce. This is likely to be a shorter term bounce…..Overall on EBAY we are seeing a daily chart bounce trying to begin. This bounce would be a relief bounce to let off some of the oversold pressure, and could take us back to 85. That would create a lower high on the weekly chart, and would start showing a top is forming on the very long term chart, which would set up for the next downwards move.”
We did get a bounce to 80, where the relief bounce faltered and has started turning back down.

July 28th ALTR “This is an easy chart to summarize. The price must break above and stay above 20 to show upwards potential. This would show a daily and weekly chart bounce. At this time that does not look to be the most likely outcome, as we are seeing 20 act as resistance. Should it happen then we know what it means, but while the price remains below 20 it is confirming a weekly chart breakdown, and a move below the 19.20 level would confirm that the resistance at 20 has stopped the price and a downwards move is underway.”
The price did not move below the 19.20 level to confirm a downwards move was starting, and instead did move above 20, to show a bounce was beginning. Now to see if it can follow thru on the bounce.

July 29th HDI “Overall these time frames are showing an upwards move that has become exhausted and overbought, and we are seeing a lot of indications that suggest a pullback, a downwards move is trying to develop. We do need to see the price move below the 59.50-60 area to confirm that a downwards move is starting, otherwise the weekly chart sideways move at the highs would be continuing.”
It did take a few days, but HDI is finally moving down thru the 60 and 59.50 areas to show a pullback from the upwards move is beginning.

One thing that can be illustrated by these Stocks To Watch is that by using the key information that is presented to develop a plan, a plan that not only has expectations, but also identifies the “what if” or “just in case” scenario. Out of these stocks that have been highlighted, most have lived up to the expectations. 2 of the stocks did not live up to the expectations, BUT they did fall into the “just in case” scenario and still presented a good opportunity to take advantage of a move that developed. Only 1 of these stocks made a very erratic move that would have flat out generated a loss. This erratic move did put it into a bullish scenario though. And we have 1 that remains stuck in a sideways move, with this being the second time it is trying to break above a resistance level.

In the next article I will start to discuss different aspects of a chart, what some of the different indicators mean, and lead up to how to develop a trading plan using the story that the price is telling by what it has done and is currently doing.