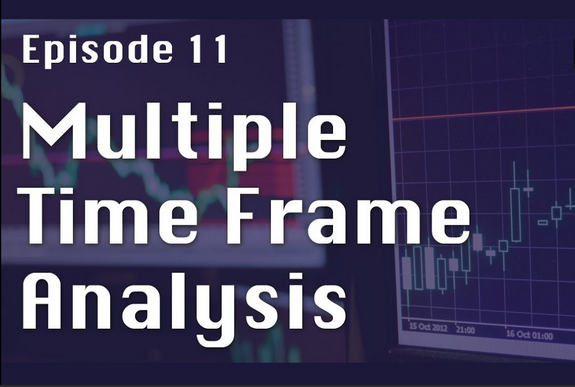 I was recently asked a question in the chat room about directional trading with the TFI charts. Below is an edited copy of the comments I made to answer the question. The edits are to make the response more readable from the chat room format, and I have added a few additional comments with more information.

Directional trading is a lot harder than non-directional because you have to be ready for a move, but many times that move does not materialize. This results is a lot of entries that just “sputter out”. So one of the first things you have to do is get into the mindset of setting a firm stop and HONORING IT! Another difficult thing to do mentally is being able to re-enter the same position after being stopped out if the price turns back to show your original perspective was correct. This is generally referred to as a whipsaw or shake out.

One of the biggest mistakes that people make about directional trading is that they are “late to the party” and they wind up chasing after the price. By the time they finally catch it, many times the move is ending.

A few years ago I did a study on some simple strategies using a moving average as the signal for a directional trade. I used many different averages ranging from a 7 period ema up to a 50 period ema. One thing that stood out is that by the time the price crossed thru the moving average, most of the directional move had already taken place. There were a few occasions when a strong move would develop, and the price would continue to “run”, but this was more than offset by the many more occasions when using that strategy of the price crossing thru the moving average resulted in “buying high” and “selling low”.

Identifying when a move comes to an end is the first step of a directional trade. When one move ends, it is very likely a new move in the opposite directions will develop, so you want to catch that new move when it is in the early stages of development, but not too early, otherwise you wind up with “dead money” if the price just enters a sideways consolidation.

The first step is to determine the Primary Time Frame. For this article we are going to use the 8min chart, where each candle represents 8 minutes of time. This is the basis for a trade.

One thing that I recommend is that a person take a few days to watch the 8 minute chart as it goes through up and down cycles to become acquainted with how the time frame charts work. Pay close attention to how the oscillator crosses through the price, how the colors change in the candles and the trend, and what happens where there are the warnings of the overbought/oversold dots and diamonds. Start writing down when you think a move is ending, and also when a new move is starting to develop, and track what happens. This is an exercise to learn how the charts work and to become familiar with them.

When you have the larger time frame agreeing as to why a move should take place, then the odds of success are much better for you, and you have a better chance of getting a decent and sustainable move.

Using the 2 charts with the Primary 8min time frame and the larger TFI ½ hour time frame, write down when you think a move is going to take place and track what happens.

One very important thing to remember is that you do NOT have to be in the market all of the time. You can and should pass up moves that do not look good. You want to cherry pick the good opportunities. Not only does it help to build your confidence when you pick the best opportunities, but when the odds are stacked in your favor, you have a much better prospect at turning a profit.

It is still vitally important to set the initial stop and to honor it to keep the losses small and manageable, because there WILL BE times when the move does not materialize!

Once you get proficient with the 2 time frames you are ready to add in the next smaller time frame to improve the timing. Since our Primary Time Frame is the 8min chart the next smaller one is the 2min chart. We will look for when a top or bottom forms on the 2 min chart and when the price starts to move down from a top, or up from a bottom to set a higher high or a lower low, it would be showing that momentum is developing, and that is the signal that the Primary Time Frame is starting a new directional move.

Later that day a good set did start to appear. I will show the charts and walk through the process as it develops.

The TFI ½ hour chart is the single one above the 8min chart that is on the left and the 2min chart on the right. The picture of the ½ hour chart was taken just after the one of the 8&2 min charts, which is why there is a slight price difference between these 2 screen shots.

On the Primary 8min Time frame the upward move had stalled. The oscillator crossed above the price, and we started seeing the price and trend weaken along with the appearance of a down arrow. This is warning a downward move could develop. On the TFI ½ hour chart the oscillator had crossed above the price, there was extremely overbought conditions, and a down arrow was appearing. These warnings suggested that we wanted to be ready for a downward move to develop, to pullback from the bounce. We do not have a top on the 8 min chart, so this is not low risk conditions, it would be a moderate risk situation.

So with our Primary and larger time frames both showing the prospects for a downward move, we go to the 2 min chart. The price formed a lower high shorter and at 12:19 it was starting to set a lower low. There was a brief fight as the price tried to “save itself”, but then it started to head lower and was setting a new low. This clearly showed a downward momentum on the 2 min chart. This momentum is showing that a downward move is starting on our Primary Time Frame.

The price made a downward move, the 8min chart became overbought and then bounced back. I did not get a snap shot of the 1/2 hour chart, but was weakening, to add to the prospects for the lower high on the 8 min chart.

On the 2min chart there was a little “whip saw” and the price tried to shake people out with a very brief move up to 1297, but that fell apart very quickly and the price started to move below the 1295 level to confirm another downward move was developing, and also confirmed that the 8 min chart was forming a lower high. This became a move that took the price back towards the previous lows on the 8 min chart.

And with the weakness on that 8 min chart, we had some pretty good prospects for a breakdown.

And here are the screen shots of the 3 time frames following the breakdown of the previous lows on the 8 min chart.

Notice how the 1/2 hour chart is making a downward move, BUT is showing a few warnings as the price is nearing the overnight highs in the 1290 area. This is telling us to watch this area closely as it could act as support.

On the 8 min chart we have a downtrend with a lower low following a lower high. But we also have some warnings as the oscillator crossed below the price, extremely oversold pressure developed, along with an up arrow appearing on the next candle. These are warnings that tell us we might want to use a very tight trailing stop as the price is testing a potential support level, and that it might not be too bad of an idea to be ready to lock in the gains.

Initially we began with a moderate amount of risk that a downward move would develop. We can see why it was a moderate risk situation as the price bounced right back up to where an entry would have been made at, and even “peeked” above this level. But as that whipsaw fell apart, it created a lower high on our primary time frame, and we had a second downward move that presented a much lower risk, and also a fairly sustainable move.

Because of the time frames involved, the move was a relatively small one. But when you deal with directional moves, you will learn that many times, even when “cherry picking” the better and low risk opportunities, some moves just do not cover much ground. But you have to be ready, as there is the chance that a move can develop momentum and turn into a larger move. In this example I showed how the TFI Charts can be used to present a moderate risk opportunity for those that are willing to take on more risk, and also a lower risk opportunity for those that are more conservative. The hardest thing to learn is how to have the discipline to be patient and allow the opportunity to develop and not try to “force” a trade when the charts are showing high risk conditions.