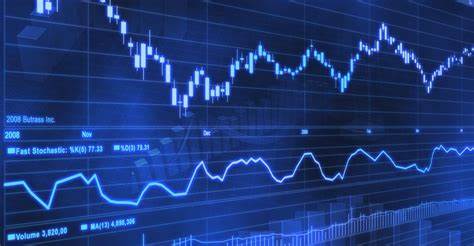 The easiest and quickest way to explaining what the TFICharts are and how we got here will be with a question and answer format.

Q: Why another charting program?

A: There are many charting programs ranging from the free browser based charts up to be more expensive and “professional” desktop platforms. There is just one thing that all of these charting programs do not have, and that is the proprietary TimeFrameInvestor algorithms.

Q: So what are the TimeFrameInvestor algorithms?

A: The best way to answer this question is to back up and start with a little bit of history. I first started using a browser based chart that allowed you to change some minor settings and came equipped with most of the standard indicators. But I quickly found that the delayed data was not the best approach to use. I’ve been moved up to a mid-level desktop charting application which also had a programming interface to the data feed.
I used my programming background to create some markets scans that were primarily based on standard indicators. As I did this I started to examine how and why the different indicators worked, and the impact of the different settings on the indicators. This sparked an interest in being able to create my own formulas and indicators. I then purchased another charting program that could use the existing data feed that I was using and had an interface where I could enter my own formulas and show my own indicators on the chart.

Q: Did all of the formulas work?

A: No. There were many that did not bring anything new to the table and some that just flat out did not work. When you consider how many existing indicators there are, along with a ball of the variations that you can get with the different settings, there are literally thousands, if not millions, of possible results from the regular indicators. One benchmark that I set for myself was that my formula had to return a result that was different from a standard indicator, and it had to be useful.
I do have one funny story about this. Early on I had this great idea for a way to signal when a short-term, daytrading, move was going to begin. The idea appeared to have sound logic behind it, and when I looked at this new indicator on a chart it past the “eyeball” test. The next step was to paper trade this new indicator to see just how well they could actually work. When the results were dismal, actually worse than dismal and it was a complete disaster. So I put this indicator aside and moved on to other ideas that I had. It was a few years later that I was talking with someone about the philosophy behind selling premium. During this discussion it dawned on me that what we were talking about matched up perfectly with the results of that day trading indicator. I dug that formula backup, dusted it off and made a couple of small modifications to it and it became the basis to the monthly ranges that have been in use since February 2005.

I wound up with a collection of new formulas that were showing a lot of promise but it was not until I did a good deed that it all came together. And one of the clubs that I belong to a young lady asked the club membership for some help in completing a project so she could get her collage degree. What she needed help with was something that was right up my alley. As she explained in detail what she was trying to do I realized that I could take the same philosophy and apply it to my different formulas to bring everything together and present a clear result. This is what led to the simple color scheme that I use on the candles and on the “ribbon” below the price to show the strength or weakness in the trend.

Q: What is your goal with this new charting program?

A: My first major goal was to be able to show the TimeFrameInvestor indicators on a chart where the members of TimeFrameInvestor could use that chart to look it any symbol at any time on their own computer. This will accomplish quite a few things. When I take a vacation the members will have the charts on their own computer that they can look at and they won’t have to wait for me to get back and send out a nightly report. Also, they can look at the markets during the day, and will have the ability to look at any index or stock that they are interested in.

As I began developing the charting program I have been adding more goals along the way. Such as having the same workspace (the layout of multiple charts on the screen) that I use in the nightly Market Analysis Reports and in the chat room.
To reach this first goal I did it on a “snapshot” basis. The next step is to show the charts on a “real time” data stream as the prices change throughout the day. I also have more features that I want to add to the program such as a watch list and market scanning routine, along with adding features to save program and chart settings. As I was developing the program I realized that if I waited until I had arranged every goal and had every feature included in the program it would take years before the TimeFrameInvestor members would ever have the opportunity to use the program. So I decided once I had reached the main goal of showing the TimeFrameInvestor indicators on a single chart and also on the analysis workspace that I would go ahead and release the first version of this program.

Q: So what do you think about the TFI Charts program?

A: I am excited and nervous at the same time. I am excited because this presents a whole new benefit to the members of TimeFrameInvestor, and I feel that it moves the service up to a new level as it puts the power of the TimeFrameInvestor indicators in the hands of the members!
I am nervous because it has been nearly a decade since I created a computer program to be used by other people. It is much easier when you create a program for your own use because you know the intricacies of how it works so you know what to do, and also what not to do. When you create a program for other people, they do not know these fine points, and they are bound to try to do things with the program that you never intended to be done. So my nervousness is that I hope that there will not be too many “bugs” and that the members will find the program easy to use.

I would like to add that this is a first version and as it goes forward and “grows up” it will only get better.

Q: What is required to use the TFI Charts program?

A: The charting program is available to the TimeFrameInvestor members, so the first thing is to have a subscription. The program only runs on a Window’s PC, and I have found that it is best to have a newer pc with dual processors, especially for the real time feature.
The charting program is part of the TimeFrameInvestor subscription, the only additional cost is that it requires a separate subscription to DDF/Barchart for the data feed.

Q: Why does a person need the data feed?

A: Consider the analogy of a car and gas. You have to keep gas in the gas tank to be able to go anywhere in the car. And the gas is not part of the car, it is separate. The data feed is the “gas” that powers the charting program. Without current data, any chart would be worthless.

The download and installation instructions are located in the Members Area.